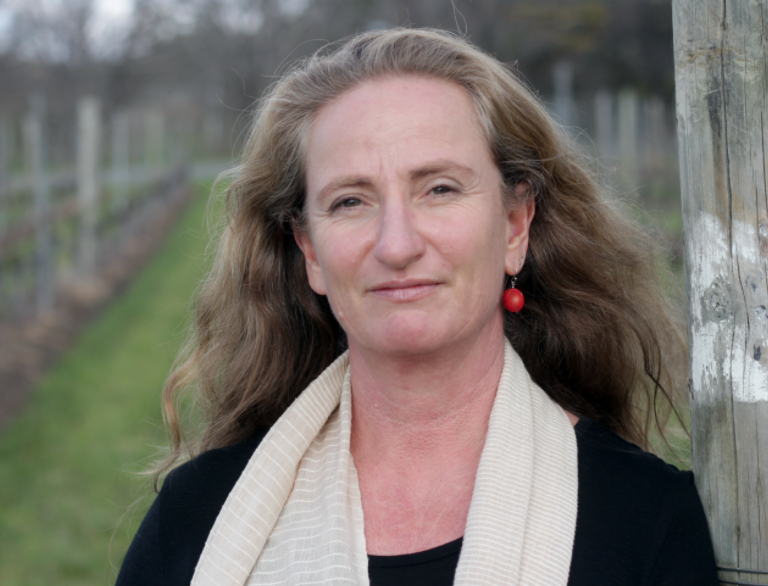 The Climate Futures team announces with deep sadness the death of our Director, Dr Bec Harris.

She ably led research at Climate Futures and has been a shining light in the University of Tasmania’s globally recognised climate adaptation work. Bec made an important and sustained contribution to helping both government and industry partners better assess their exposure to climate risk, and develop adaptation solutions.

As the Director of the Climate Futures Programme, Bec led and collaborated with a number of interdisciplinary teams focused on making real-word change in terms of climate adaptation and preparedness. A significant example of the work Bec led launched in 2020: Australia’s Wine Future: A Climate Atlas. Bec oversaw this multidisciplinary climate modelling and adaptation project (2016-2020) involving 15 researchers from six organisations (UTAS, CSIRO, SARDI, AWRI, TIA), bringing national recognition to her work.

In 2016, Bec was awarded a prestigious Alexander von Humboldt Fellowship at the Helmholtz Centre for Environmental Research in Leipzig, Germany.

Most recently, Bec was a Lead Author on the IPCC’s Sixth Assessment Report, Climate Change 2022: Impacts, Adaptation and Vulnerability, contributing to Chapter 2, Terrestrial and Freshwater Ecosystems and their services and the Cross Chapter paper on Deserts, semi-arid areas and desertification.

Bec was not only a great researcher, but also an inspiring lecturer both within the university and further afield. She taught many undergraduate students and supervised several PhDs during her time as Senior Lecturer in the School of Geography, Planning and Spatial Sciences at UTAS. She was also committed to enhancing community climate literacy as an avenue for making change and was an invited speaker at many community events. She had a talent for translating the complex science work she undertook for non-expert audiences in a way that was clear and impactful.

Bec battled a fast-moving cancer incredibly bravely. She worked at UTAS until shortly before she died on 24 December 2021, surrounded by her family.

Bec’s colleagues and friends at UTAS will remember both her razor-sharp intellect and clear-thinking leadership as well as her ability always to find irreverent fun in almost any situation. She will be greatly missed by the many people that knew and admired her.