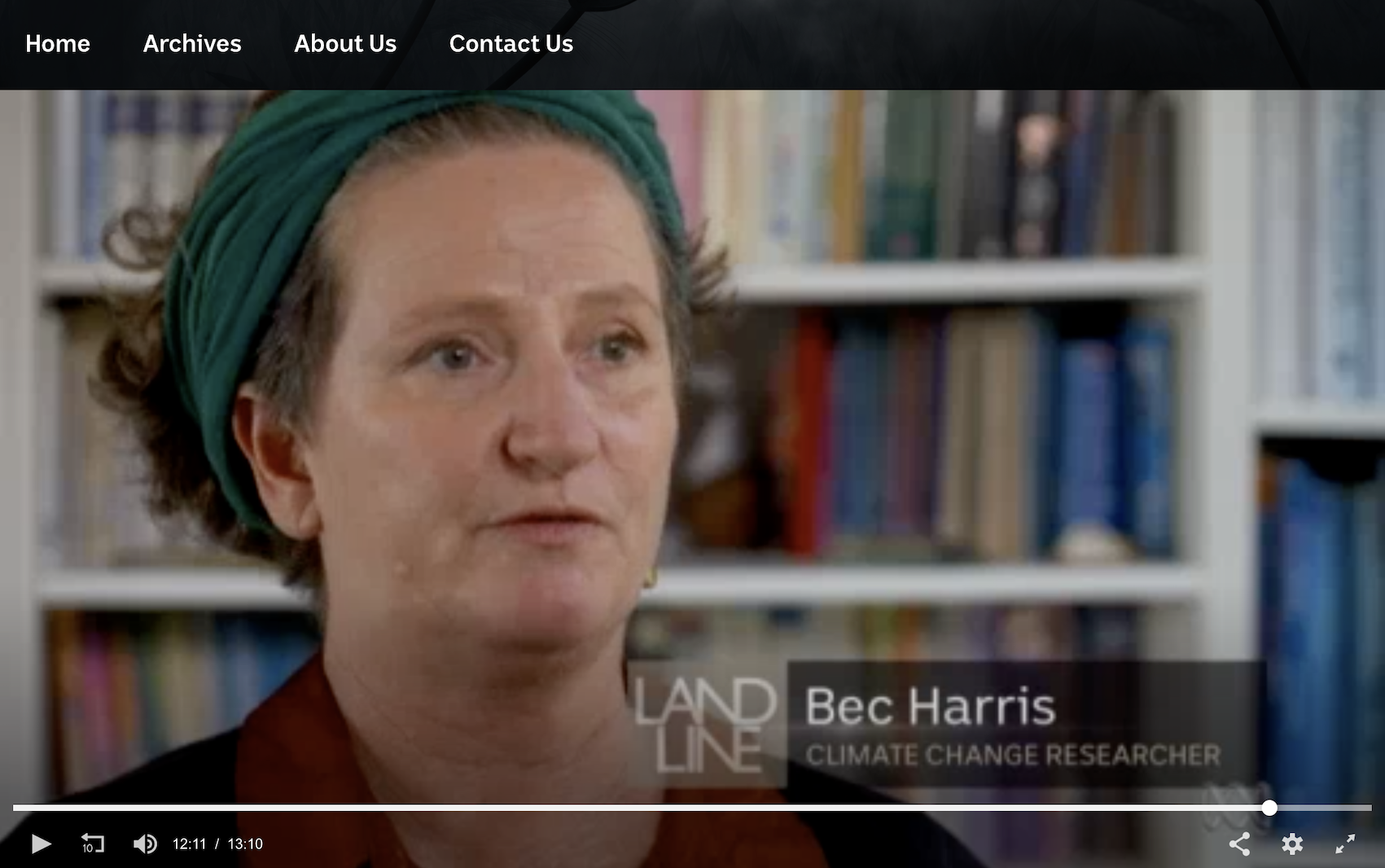 ABC Television’s flagship rural and agricultural affairs program, Landline, has marked the release of Australia’s Wine Future: A Climate Atlas with an in-depth feature report. The segment by reporter Prue Adams looks at the climate information contained in the atlas, and its implications for winegrowers in different regions. Adams called the report a “groundbreaking climate document”, and several of the winegrowers interviewed concurred.

Hunter Valley viticulturalist Liz Riley, said of the atlas: “It’s pivotal. I think it will be a line-in-the-sand body of work.”

“It’s very much a ‘wow’ moment,” said Tasmanian wine grower Max Marriot. “This is going to have consequences.”

Climate Futures researchers Dr Bec Harris and Dr Tom Remenyi were interviewed in the segment.”The Australian wine industry is the first industry to have this kind of information available to them, at a resolution that is relevant to growers on the ground,” said Dr Remenyi.